Hole In The Wall Electric Fires: 6 Things You Need To Know Before You Buy

What are hole in the wall electric fires?

It’s a modern fire alternative that has quickly become a stylish and sought-after feature in the living area of many UK homes. Unlike standard wall-mounted fires, they offer varied styles of deep fuel bed which can deliver realistic flame movements, also known as a flame picture and similar to what you see from gas or solid fuel fires while being simpler to install and often cheaper to run.

These electric fires can be used to create just a visual ambience by using the flame only setting. They also have a concealed fan heater for those moments where you need to bring some warmth into a living space or room, which also makes them safe to use in public spaces.

Designs range from the sleek and ultra-modem to the traditional and more contemporary hole in the wall designs while both can offer 3-dimensional visual depth flame technology or a 5d flame effect allowing for a 3-sided installation that can display the front as well as the sides (left and/or right) of the fire further increasing the flames realism within a frameless design.

The typical heat output of a wall inset electric fire can be around 4,000 to 4,600 BTUs per hour from a 1-2kW inset fire depending on the size and insulation of the room, where it’s being installed along with additional heat sources such as radiators.

For an average UK living room with a radiator installed, a 2kW electric fire will give a snug boost of extra warmth to those inhabiting that space.

Unlike a conventional gas fire, you can control the flame effect or flame colour along with heat settings of many electrics using a remote control from the comfort of your armchair or sofa, providing additional comfort. For some, these fires even provide a peaceful escape from the TV.

Because they come fitted with a glass front, they can be wiped clean of dust or handprints making them far simpler to maintain than a fuel-burning fire.

They are also great for adding attractive features to renovations and new builds, however, they will require some minor structural modifications, like creating an opening in a wall and some electrical wiring. The best thing about these fires is that you can achieve the look of a traditional fireplace with a realistic flame effect without the maintenance hassle and safety concerns of real burning fires.

How do you fit or install your own?

One of the advantages of a wall mounted electric fire is that you can install it yourself, unlike a wall gas fire. With a little carpentry and electrical know-how, it can be done in a few hours, although it’s recommended to get the help of an electrician to connect it to your mains supply. Electric fireplaces can be installed on combustible surfaces, which is why you often see them recessed into plasterboard walls and they also don’t require any additional fireproofing.

Things you will need for the installation

Your materials will include some wood for the framing, a wall finishing which may include plaster and paint or wallpaper along with some non-combustible caulking.

And for tools you will typically need a Phillips screwdriver, hammer, saw, level, measuring tape, pliers, gloves and drill.

For those of you that prefer the DIY approach, these videos provide some useful insights into the process.

Where can you get a hole in the wall fire fitted?

This depends on what level of service you require. The first option is to purchase the fire yourself and then ask a tradesperson like an electrician or carpenter to do the installation work for you. The second is to visit a local fireplace shop that will typically offer an installation service with any fires you purchase from them.

Do you need a chimney for a hole in the wall fireplace?

As with most modern electric fires, there are no gases or fumes, especially poisonous ones like carbon monoxide given off during the operation of an electric fireplace, unlike fuel their burning equivalents.
This means you don’t need a chimney or a flue. Some people however like them to appear as real as possible and install them in locations where there may be a real or false chimney breast.

Who manufactures the wall electric fire?

Other British manufacturers include CK Fires that produces the evonicfires range and Brilliant Fires.

Where can I buy a hole in the wall electric fire?

There is a lot of choice from your local shop to online stores. Please see our review of the best hole in the wall electric fires which provide both product information along with the online stores where you can purchase them and details of local tradespeople you can contact. Alternatively, you may prefer to find a local store and installer for your hole in the wall electric fire from our geographic directory of service providers from across the UK. 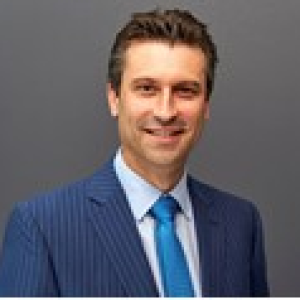 Nic W @2NProperty
Nic has been involved in property for over 20 years. In the early years, he gained experience working with his father renovating commercial units, later came land investing and then period residential renovations which finally led him into investing. He holds an engineering degree and a masters in business combined with startup and international strategic business leadership which has helped him to become a full-time investor in property and other businesses. A big picture thinker that enjoys building systems, strategising, making a difference. Continually tries to be a good father and stay grounded.
PrevPreviousProperty Value Checker: How To Get The Best Results